“Soft Liposuction” offers all the advantages of the traditional liposuction without the inconveniencies. Light surgery under local anaesthesia is a new movement in the aesthetic industry because the procedure reduces the discomfort and trauma.

Soft Liposuction is the best solution for people who have slight fat excess on one, two or maximum three targeted areas. However, it is important to note that beyond a certain amount of fat, we would recommend the patient to have the surgery under general anaesthesia due to the discomfort the surgery may bring.

The treated areas are almost the same as those for traditional liposuction, with a predilection for delicate zone such as ankles, arms, the inside of the thighs, chin or small saddlebags.
Soft Liposuction is recognised as a great treatment to diminish cellulite and reduces the appearance of the dimple on the skin.

If the patient does want to remove localised stubborn fat without the use of any anaesthetics or surgery, we, at Epilium & Skin, offer Coolsculpting using the patented cryolipolysis method. With proven results, it offers a great alternative for the ones who fear hospital or medical unit. 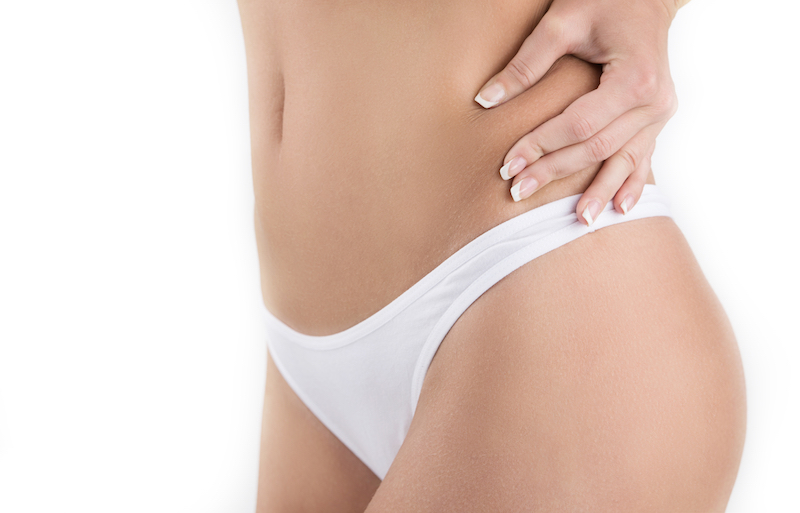 Executed under local anaesthesia, Soft Liposuction is performed in a sterile operating theatre with all CQC standards to ensure maximum safety and hygiene for the patient. The length of the surgery is longer than the traditional procedure due to the use of very fine cannulas to remove fat.

PATIENT WILL NOT FEEL A THING

The local anaesthesia is effective within a few minutes. However, should the patient feel slightly nervous about the surgery, we can combine the anaesthesia with a sedative analgesic agent (an opioid) and a tranquillizer to make the experience more comfortable.

Without neuroleptanalgesia, the patient will be awake throughout the procedure and able to see the fat removed “live”.

HOW IS THE FAT SUCKED OUT?

Very thin incisions are made so the surgeon can insert fine cannulas into the skin in the chosen areas. Gradually and gently, the fat excess is removed.

Because the vacuum suction is less strong that the traditional liposuction, there will be less hematoma on the skin. The procedure improves the skin irregularities such as an uneven wavy, corrugated sheet or an asymmetrical skin appearance.
As a result, the skin is smooth and recovers its firmness. At the end of the surgery, resorbable stiches close the incisions.

IMPROVEMENT OF THE SKIN QUALITY

Men tissue has a criss-cross structure, which may explain why men are less likely to have cellulite than women.

The Soft Liposuction makes it possible to reduce and redistribute the fat cells that are responsible for the appearance of cellulite. This smoothing technique uses very fine cannulas and a “criss-cross” movement technique to remove effectively localised cellulite.