ACP treatments using electrolysis are becoming most sought after as the benefits of this highly effective treatment are becoming more and more well known.
Here we can treat a wide range of skin blemishes easily and effectively, with a minimal skin reaction and post treatment care, thereby offering our clients a safe and proven route to improved skin confidence. 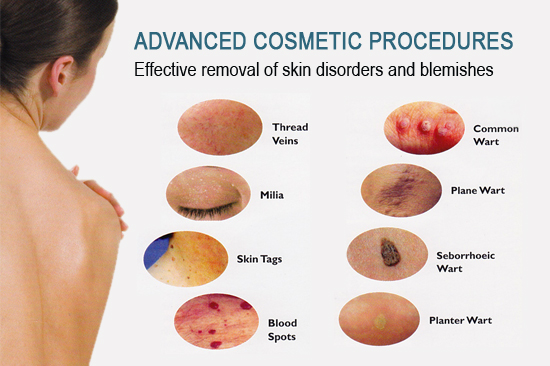 This technique is not new; in fact, doctors were using this type of treatment back in the early 1900’s to treat broken capillaries, spider naevi, warts and xanthelasma (yellow pigmented areas found on the eyelids). It has obviously progressed and improved beyond recognition with modern technology and is a safe, comfortable and effective treatment very much in demand by discerning clients.

With today techniques we can offer probably the least invasive, most effective method of treatment with minimal aftercare, for a wide variety of blemishes:

Bright res, superficial vascular blemishes. These are often dome shaped or slightly raised and are frequently found on the midriff. Most people aged over 30 have at least one and they are often more common in men than women.

Skin tags are often found in areas of friction such as the underarm, groin, under the breast or around the neck where necklaces and collars irritate. They often appear with a stalk like a mushroom and vary in size from a tiny speck, smaller than a grain of uncooked rice, to the size of a large pea or even larger.

These are tiny, white, hard, round spots containing keratin which lie superficially under the surface of the skin. Their cause is unknown although they are often associated with dry, dehydrated skin.

There are various types of warts including plane, common, filiform and verrucas and all can be easily and successfully treated using electrolysis. These types of warts can develop individually or in clusters and are highly contagious.

Although there are classified as part of the wart family they are not contagious, they are very common on the head, face and body.
Associated mainly with increasing age, mature skins and sun damage. They also have a genetic links. Growing up to two inches wide, they often dry, crusty and considered cosmetically unattractive.

This is a common popular disorder which develops in adolescence on black skin and is identified by smooth, dome shaped, brown to black papules seen mainly on the cheeks, neck and upper chest.

Moles respond extremely well to ACP. Treatment is very effective in visibly reducing the appearance of the mole if pigmented, often lightening it too.

Hair in moles can also be treated and once treatment has started the mole may even reduce in size and colour. These hairs are generally very deep terminal hairs with a rich blood supply which require repeat treatments.